Saturday, 27 October: “Pioneer Square, redux”The toll of the trip — it’s really easy to stay up late here, like the way it is in Vegas, except that they don’t pump extra CO2 in the atmosphere here — makes itself known. I spend most of the day dead for income tax reasons, sleeping in Paris and dreaming in English.

Until the late evening, that is. Paris comes alive, and we’re two blocks from the main strip. Ivan and I forage for food near St. Eustache. They serve *late* here, and the restaurants that stay open are much nicer than the Dennys and White Spot’s that litter North America. Our dining ritual here has been to split a bottle of wine daily, and that alone has raised our French to an unacceptable level — the French equivalent of grunts, clicks and whistles (Shamuex, anyone?). I could see how someone could become conversational here in a matter of weeks – it’s survival, really.

There’s a bigger ritual here — it makes Pioneer Square’s in Seattle and Rush and Division Streets in Chicago look absolutely subtle — and that’s *l’amor*. Ivan and I watch from the sidelines (literally, at a sidewalk café on the main strip) as beautiful people gaze at other beautiful people. Advantage: Mademoiselles. There’s a slew of under-21 here. It must be amazing to be under 21 and do more than hang out at Denny’s.

We’re already becoming regulars here, with a morning habit of patronizing the same coffee shop and ordering cappuccino made with illy espresso. The woman who takes our order becomes slightly less annoyed with us each day and we eventually learn how to order in French, albeit using our piece-meal linguistic standard.

Today we’ve committed ourselves to see the sights, but because the queues are so long, it’s only a walking tour. This includes The Louvre, the Musee d’Orsay, the Tour Eiffel, the Arc d’Triomphe, and a ride on a ferris wheel at the end of the Champs Elysees, which seems to be a great big shopping strip for the moderately wealthy (moderate because they have a Gap). More beautiful people everywhere.

I’m exhausted! Ivan catches a movie ‘Le Petit Poucet’, a gruesome fairy tale made in France, but unlike regular French cinema, it has a happy ending! C’est la globalization.

It’s a quiet night. We sketch out the rest of our trip: Tuesday to Rome, Friday to Florence, Sunday to Marseille, Tuesday to Barcelona, and Thursday to London. Not bad for a month, although next time it’s one country at a time… Greece? Brazil? Boise?

The best late night snack ever is a crepe poulet avec fromage, a chicken and cheese crepe. It’s a very large thin pancake with the ingredients cooked within and wrapped into a funnel shape. Only five dollars and the tastiest meal yet. Perhaps food tastes better sitting on a curb next to a littered sidewalk?

The ‘Only in London W2’ book I’m reading is getting interesting – filled with scandal, but still not on a level deeper than the Old Pequliar back home in Ballard. 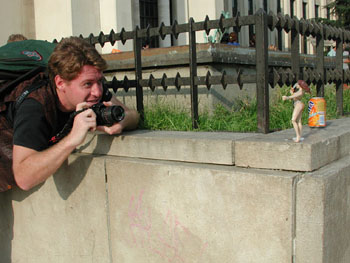 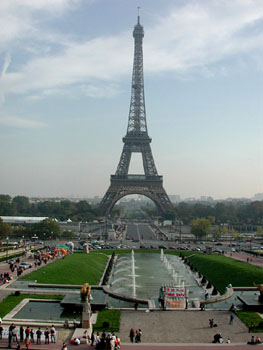 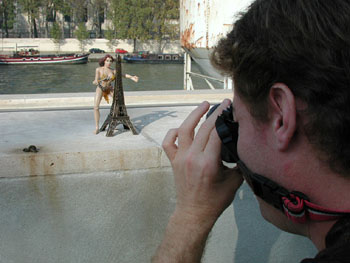 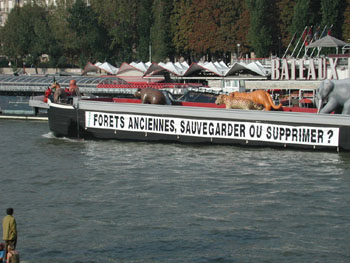 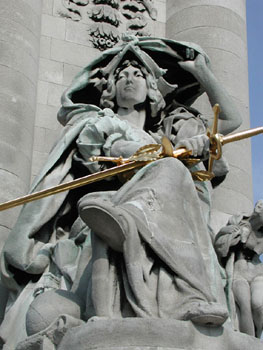 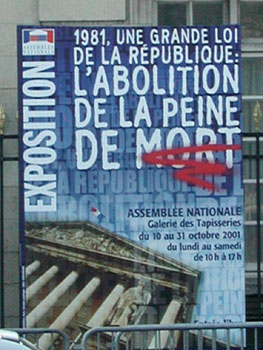 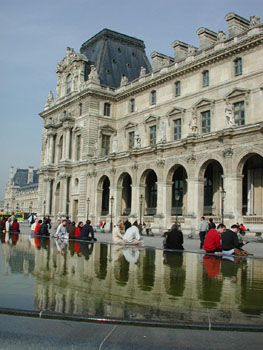 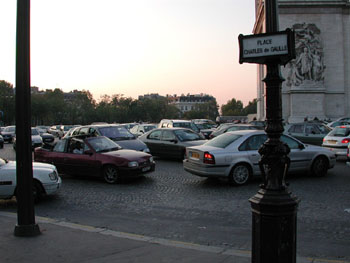 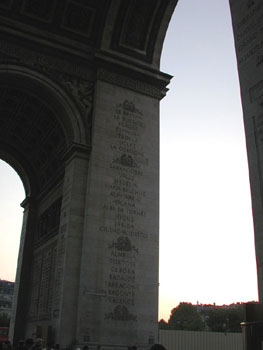 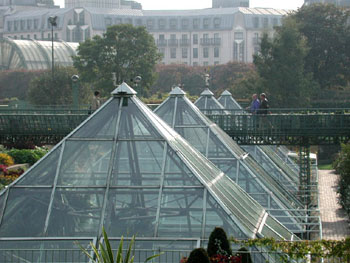 While I’m asleep, Ivan has taken the Metro to the train station and booked tickets on tomorrow night’s train to Rome. First class: $100. It’s an overnighter, 12 hours.

It’s an hour long wait to get into the Louvre. While waiting, two American students let us know of a travel advisory issued last week by the US Department of State that “symbols of American capitalism” may be designated targets (you can drink the water, though). It’s at this point that two of their friends join them and ask if they want to go to TGI Fridays for dinner tonight. The students say no, and a counteroffer of Hard Rock Cafe is suggested, where war protesters were holding up a giant banner that says “US Go Home”.

Ivan and I spend most of our time in the Louvre sculpture areas, but everyone’s here to see the Mona Lisa/La Joconde. It gets its own wall, but honestly, there’s much better work here. The visit here has whetted my appetite for the Vatican. Ivan said that the ceilings there are filled with art and laid with guilt, and I thought that was only natural since Catholicism is known for that, but he corrects me. It’s gild. My bad. 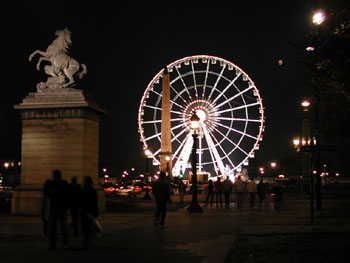 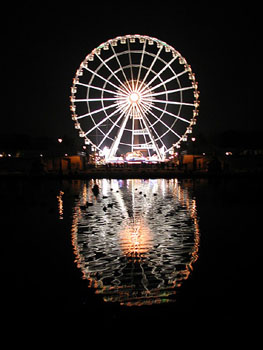 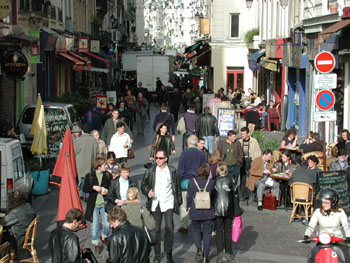 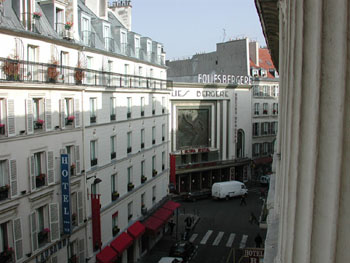 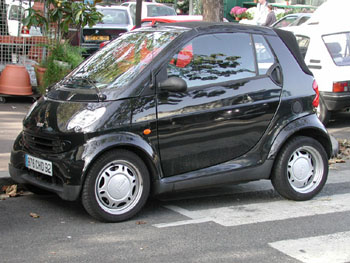 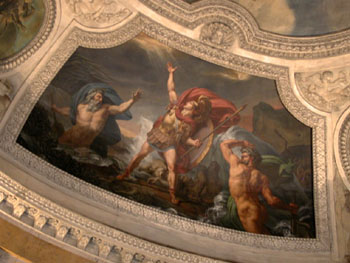 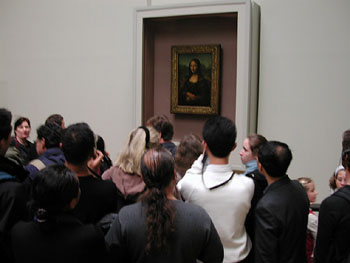 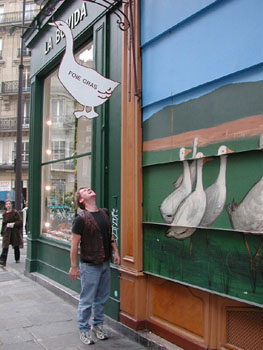