Friday, 2 November: “Home of the $1200 suit”The Musei Vaticani is open today, and I get to view the staples of the establishment: Raphael, Michelangelo, souvenir stands in every hallway, and the Sistine Chapel. I thought the chapel was its own entity, but it’s part of the fortress. There’s no photography allowed, and a Vatican guard makes sure I know that, as I sheepishly put away the camera. Everyone’s supposed to be quiet in this room, and there’s a recording playing very loudly every 10 minutes in several languages reminding us to do so.

It’s quite beautiful. I wonder if Michelangelo was afraid of heights?

Shiny suits start at $1200 at Prada. Maybe there’s hope in Florence? I wonder if there’s a Nordstrom Rack here. Maybe a Prada Rack?

The media has been reporting today of possible targeting of the Golden Gate bridge. Ugh.

Ivan and I have ended the culture portion of our tour. Apart from a visit to the Uffici tomorrow in Florence, the rest of the week will consist of eating, drinking and sun in the French Riviera.

Exhaustion prevents an evening of karaoke tonight. Instead, I opt for an evening of Italian television, beginning with Men in Black, dubbed in Italian. It’s much funnier this way. There’s a music video channel VAVA (go-go?) showing rave and club videos, and they’re an inspiring use of the medium.

The Golden Gate item is starting to worry me. That, and I worry about the likely suspension of civil rights (you GO, Barbara Lee!). I feel that this must be what the terrorists want, and this erosion of constitutional protections seems a greater loss than another physical attack on our shores. This probably wouldn’t have happened in the first place if we weren’t trying to be the world’s policeman and a proponent of globalization, which seems set to implement a monocultural world standard. How boring.

But then, I could be wrong. What do I know? Maybe McDonald’s *does* taste different in Rome. 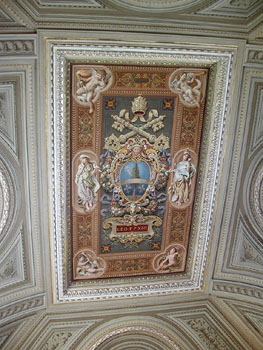 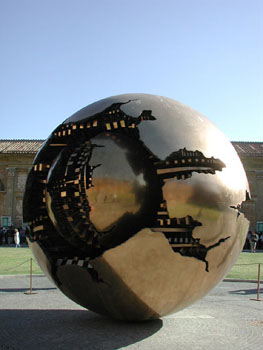 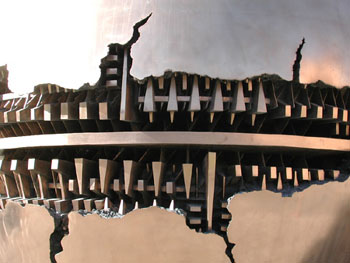 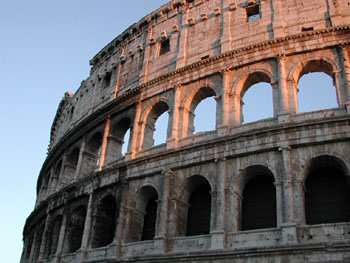 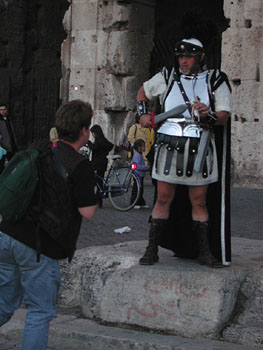 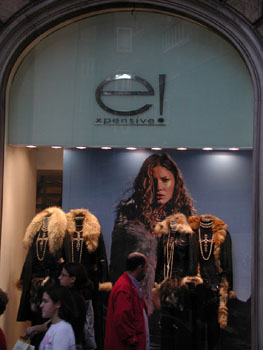 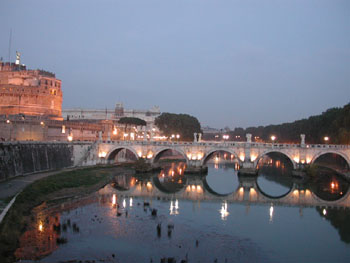 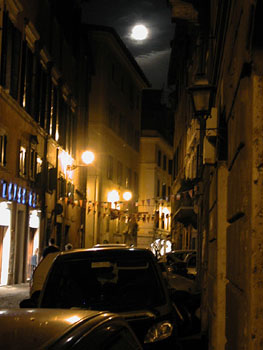 Why spend the night in Florence and make it easy on yourself when there’s cheap train travel? Ivan and I, after spending several hours journeying to Florence from Rome, find out that the least inconvenient way to get to Nice (no way to Marseille from here) is to take a midnight-thirty train which will supposedly put us in Nice at 10am on Sunday. Price: $35 per person.

What to do? Il Duomo and the surrounding structures are nice, but after seeing the Vatican and San Pietro, it’s sloppy seconds. Florence is a college town. People from around the world study art here, and why not? It’s home to the Uffizi, which contains more art per square inch than anywhere else in the world.

It’s touristy, too, but not for us. We enter the Uffizi one hour before closing. That’s enough to see a scad of Botticelli, Da Vinci, and several hundred other works, provided we use the National Lampoon’s European Vacation method of touring. We do. My head spins.

A bowl of pasta, a liter of wine, and two cappuccinos (each) later we make our way to a wine bar near the train station. The place is unpretentious and the vina della casa is $7 — a bottle. I wish Seattle’s wine bars were this inexpensive. You can’t go wrong with a house wine here, and we don’t, but to keep our wits for the trip we order a liter of water and another cappuccino each. 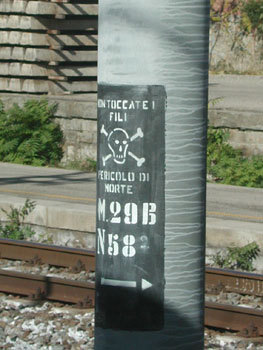 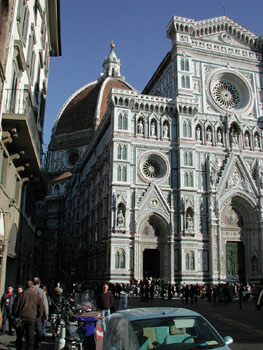 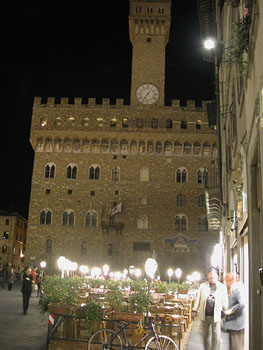 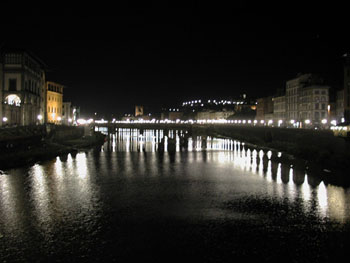 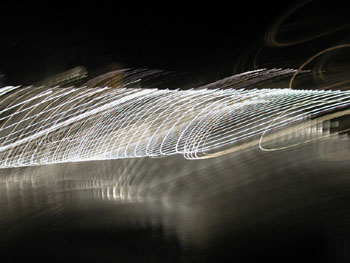 Our train journey is not so convenient after all — we must have missed a connection somewhere. I do remember getting into Pisa at 1:30 am (we didn’t see the leaning tower) and leaving on a supposed train to Nice at 2:45 am, but at 7am the train reaches the end of the line in Torino – still 3 hours from Nice, and no longer coastal. We’re in the mountains now, and it’s *cold*. Well, 25 degrees F anyway. The wine and coffee from the previous evening haven’t helped the ride any.

A pay toilet in Torino’s train station is worthy of the 1000 lire (50 cents) admission. The bathroom is palatial, and you can eat off the floors, which we don’t.

Our Torino-Nice train is only two cars long, and smells of strange fumes. I’m tired, cold and hungry and after entering Nice at 11:30am (!), we wobble to the hotel room ($30 for a two-bed room – score!) after learning of no way to get to Barcelona by air on last-minute notice. It seems like it’s going to be a nine-hour train ride to Barcelona on Monday night.

Ivan tells me there’s a beach here, as we’re on the French Riviera, but I wouldn’t know. I collapse on the bed after having a snack, and wake up two hours later. Ivan’s gone to the beach, and the TV is blaring the show ‘Viper’. That it’s in French does not make it a more pleasurable viewing experience.

We score a $10 dinner from a local restaurant, and eat well. Four courses, and a half-liter of wine. I’m really looking forward to the beach tomorrow. No more art this week. No more statues. Just food and drink and sun. 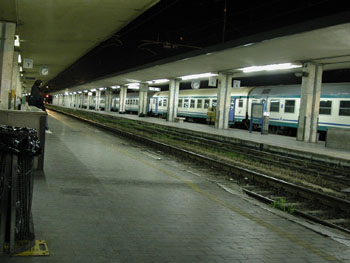 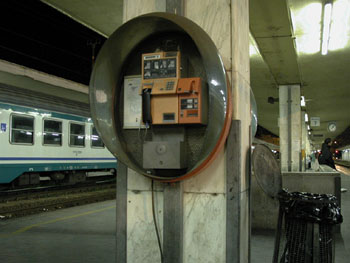 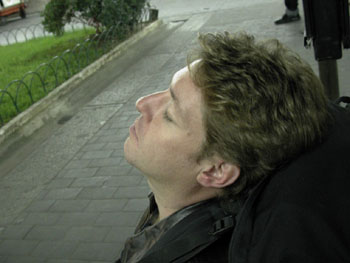