Dammit. Where’s Richard Hamilton when you need him? I was hoping to meet him at the casino and play baccarat. First I must learn how to play baccarat. Actually, now that we’re in Nice, I’d really like to go to

Today is casual. Ivan is bordering on severe sleep deprivation, and it has been suggested that we part in Barcelona and reconnect on the flight to London on Thursday. He wants to go to Ibiza, a party island off the coast, where he can sleep on the beach for a day or two, but I’m wanting the city life and that hope of grabbing the brass ring that shines brightly as a Spanish karaoke bar. I don’t know any songs in Spanish other than “Feliz Navidad” or “Oye Como Va”, however.

My bank balance is rapidly depleting. I think Ivan and I could write a book called “Europe on $125 a day”. I’m relieved the rest of the trip is paid for. For sanity’s sake, the next trip will be one country per visit.

I finished reading “Only in London W2” last night. It’s a great read, from the perspective of foreigners living in London, and stressing the importance of celebrating one’s native culture in a different land.

Ivan and I separated for the afternoon. He’s asleep on the beach when I leave, and we agree to meet at the train station tonight for a slightly shorter 9 hour and 30 minute ride to Barcelona, consisting of one connection at 6 am in Port Bou, a border town.

A little sidebar here — Living out of a backpack for the last month makes you realize what is and is not important.

Rule 1: Don’t buy souvenirs/crap at the beginning of the trip.
Rule 2: A week’s changes of clothes becomes unequal quickly. Less shirts, more socks and underwear.
Rule 3: You understand the importance of nail clippers and AA batteries.
Rule 4: Cigarettes and playing cards can be used to curry favor with the warden.
Rule 5: Ignore Rule 4
Rule 6: Jeans get stolen frequently at youth hostels. Clip the labels so the thief thinks they’re an off-brand. (See Rule 4, importance of nail clippers)
Rule 7: Nothing over $100 is worth bringing, except for a jacket.
Rule 8: Don’t buy Italian boots with the intention of wearing them on the same trip.
Rule 9: Learn how to shave without electricity. I look like C Everett Koop right now, although younger and with a spring in my step.
Rule 10: Use a concierge and a Hyatt Regency the next trip, when you’re not motoring about in the Jag.
Bonus: If you have long hair and intend on getting it cut within the next 10 years, pull it back for the passport photo to spare yourself the strange interrogative expressions of customs officials.

Our couchette bunkmates for the evening are Peter and Jeff from Port McCrory, Australia. They’re undertaking the same type of journey we are, but with more destinations and a longer time span.

The train we were supposed to take had been cancelled due to a railway strike, so the train we’re on now has a connection is somewhere-in-the-middle-of-nowhere, France, at 3:45am — an hour and a half earlier than our original connection. 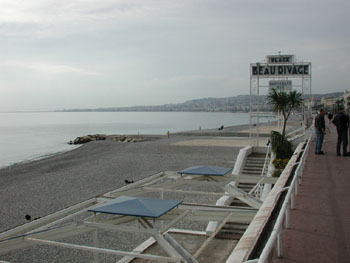 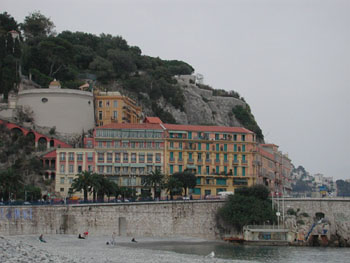 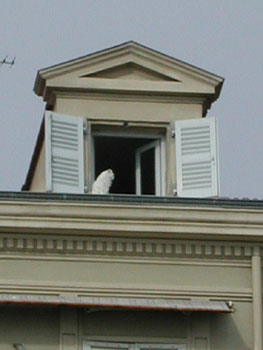 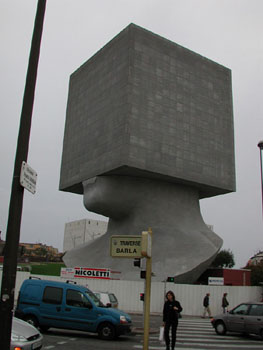 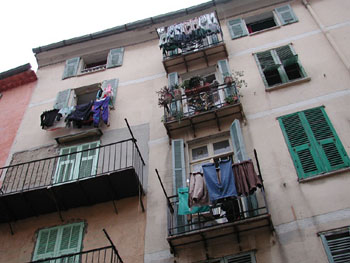 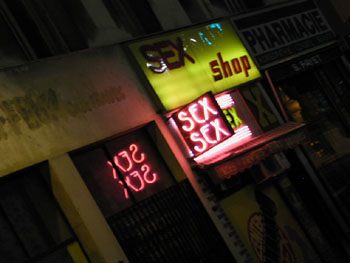 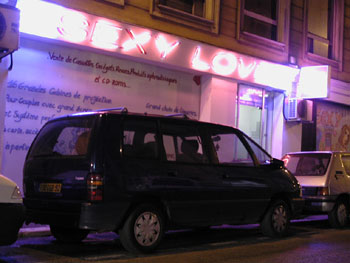 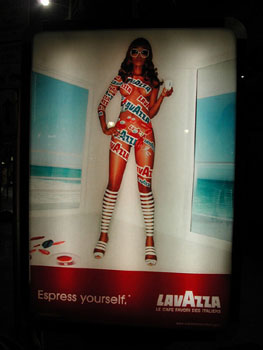 Tuesday, 6 November: “Classin’ it up at the youth hostel”

We drowsily board the connection in France. The coach isn’t heated, and our chilly two-hour ride is filled with the smell of cigarette smoke. We’re rewarded at the Port Bou cafeteria with hot coffee and sweet rolls, provided we exchange money for said goods, which we do.

The train to Barcelona from Port Bou is the most comfortable coach I have ever had the fortune to ride in. Sleek, modern, *warm*, with the only drawback being the unwatchable “Meet the Parents” glaring away on the video monitors, with no audio.

The sun is rising on the coast to our left, and Spain shows her beauty through silhouetted hills and a golden sky reflected upon shimmering waters, that gradually fill in their color as the train and the morning progress. Ben Stiller and Robert DeNiro can’t compete with this.

A young Aussie woman gives us a flyer for “Angie’s Residence”. It’s cheap, in the middle of downtown, and only $13 (2600 pesetas) a night. Instead of discovering the subway system, we take a taxi, and sleep for five hours upon our arrival. I wake up to the sound of two Australians talking and it turns out Peter and Jeff have found the same place, and are checked into the double room next door!

Within an hour, I meet about 10 others who are staying at the hostel. We all go to the supermarket around the corner for a food and booze run. I feel like I’m 19 again. Cheap beer is *really* cheap here. But remembering that I’m not always a backpacker, I purchase salmon pate, a slab of gruyere cheese and some pita bread, and make a plate to absorb the bottle of merlot I’ve purchased for the evening. It’s a practical strategy, and the beginning of a great evening.

The group collectively devours meat and cheese, wine and beer, while Canadian television (!) plays without sound to St.Germain’s “Tourist” release on the stereo.

Our group (myself, Colin from New Jersey, Jeff and Peter from Australia, Anna from Sweden, Gabrielle from Australia, Martina from Germany, Nate from Minnesota, and Joel from Vancouver BC) venture to London Bar, a jazz club in the touristy Las Ramblas district. The band is adequate, the conversation is lively and the Kilkenny pours freely, and it’s nice to be sitting in a room filled with people around the world, sharing travel stories.